Is this what we have waited nearly four years for?

Seven years after Professor Hargreaves stated that the role of IP in supporting this important branch of the creative economy has been neglected, the long-awaited new Government research was published this week (which has taken nearly 4 years and cost the tax payer tens of thousands of pounds). It sheds no new light on the types of infringement that occur, and which ACID has communicated on a consistent basis for over two decades. In fact, it misses out swathes of IP issues which should be measured, for example, the increasing infringement of designs online.

For over twenty years, Anti Copying in Design (ACID) has been at the forefront of design law reform and during this period has worked collaboratively and positively with the Intellectual Property Office. During this period, we have consistently urged Government to focus on any design infringement research which will shed new light on this insidious crime and guide proactive and forward-thinking policy for the future.

The fundamental objectives of the research were to:

In 2011 Professor Hargreaves, rapporteur of the Hargreaves Review said, “The growing design sector is the largest source of intangible investment in the UK economy and the emergence of 3D printing has increased the need for a thorough reassessment of IP and design evidence- based assessment of the relationship between design rights and innovation, with a view to establishing a firmer basis for evaluating policy at the UK and European level.”

Nick Kounoupias, ACID Legal Counsel commented, “The UK design community deserves better than this. The report provides no new insights nor future-proofing to address current trends and challenges. It is disappointing that so much time and money has apparently been expended to produce a report that sadly doesn’t do justice to the legitimate concerns and expectations of the design sector.”

Dids Macdonald, OBE CEO of ACID and Vice Chair of the Alliance for Intellectual Property stated, “Having reviewed this research, it fails to serve the design community and meet its own objectives. As a key design and IP representative body, despite many approaches to the IPO, they have thought fit to publish this research regardless. We asked for a postponement so that the IPO could engage with more stakeholders before publication, this request was refused. We believe the basis for this research raised some significant concerns for the following reasons:

The Design Rights’ Infringement Research (DRI) was based on Australian Patent Research. – This does not make sense. In Australia, there is no separate protection available for unregistered designs. Australian, US and China design patents are very different from UK and EU registered designs in that they are fully examined and there is a higher threshold of examination. The registration of a design is a simple deposit process (and relatively low fee) as opposed to cumbersome patent registration which can take years and costs tens of thousands. A patent is a strong monopoly right, though complex and requires significant cost and time resource to enforce. Designers and design entrepreneurs “design” prolifically; inventors, by nature of the time to have a patent granted, have a significantly longer-term approach to innovation.

Promised Focus Group meetings to discuss the fundamentals of the questionnaire did not take place – only one was held with a one designer design business, two legal representatives of design companies, one large and one small and two representatives of different design stakeholder groups. One focus group is not representative of the views of UK designers. The resultant questionnaire was over complicated, the language confusing and the perceived level of IP understanding by those questioned was under-estimated.

DRI Hypotheses questioned – Given designers rely on copyright as well as design rights to protect their work, only measuring design rights’ exclusively misses future tracking of swathes of different IP issues for designers such as 2D design, currently not tracked in the Online Copyright Index (OCI) (music, film, TV programmes, computer software, eBooks, video games). It is anomalous that search engines, online marketplaces and social media platforms will accept evidence of copyright for take down but will not accept evidence of unregistered designs, thereby leaving designers with little or no access to redress. How is this being measured now and how will it be measured in the future?

Brexit – Given the effects of Brexit (and this research was commissioned in 2015 and did not start until 2016) it is unacceptable that the consequences of Brexit and the potential loss of EU UDR to UK designers was not considered. Deal or no deal, UK designers will be spectacularly disadvantaged if they lose EU unregistered design rights’ protection in 27 EU countries.

IP issues facing designers – There is little in this DRI report about which the Government (IPO) was not aware over a 15/20-year period, all of which has been consistently articulated by ACID and others over this time.

Data Analysis – with such a small sample of usable evidence, a sophisticated method of analysis was used which gave confusing results. ACID’s understanding of establishing corpus to generate an ontology necessary for methodology is that requires a sophisticated set of data and/or narrative from which to analyse. For example, of 194 replies in one section there is confusion in language used which suggests that the level of understanding of the respondents ranges from non-existent to poor to marginal to a reasonable knowledge of IP. Corpus would also require a set of questions which are understandable by the respondents. Comparative rather than converting it into meaningful insight and consistency; there is no clear differentiation between the owners of registered and unregistered design rights whose attitudes may differ significantly.

For a full ACID response to the DRI research see here https://1drv.ms/w/s!AlSilpqvxROOhCTSFG49KxOn8ThM 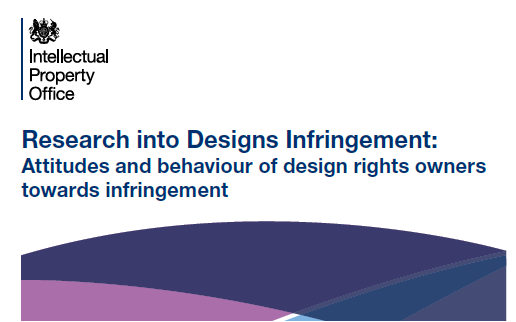 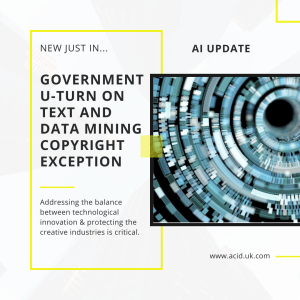 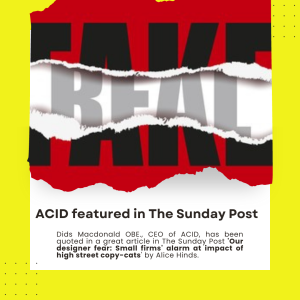 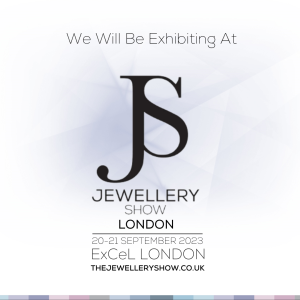 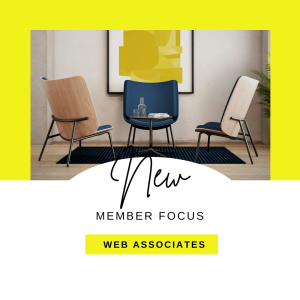 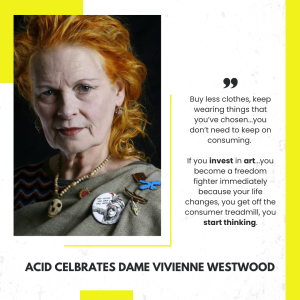